Who ever invented hot flashes needs to be dragged out in the street and shot.

That’s sarcasm talking of course. No one invented hot flashes. And considering that 80 % of menopausal and post-menopausal women suffer from hot flashes, it’s pretty darn unlikely that anyone would conjure up such a torment.

Ok, so how do you stop hot flashes? Or at least reduce them?

In a disturbing trend that has some critics second-guessing the medical field, a growing number of doctors are prescribing anti-depressants to reduce hot flashes in women.

Escitalopram, also known as Cipralex, is quickly becoming the pharmaceutical answer of choice for doctors looking to relieve their ever increasing waves of menopausal women looking to escape the evils of hot flashes.

There is some validity for using Cipralex to ease hot flash symptoms. According to a recent study published in the Journal of the American Medical Association, 55% of women given Cipralex for eight weeks reported a reduction in hot flashes by at least fifty per cent.

to soften the hot flash blow isn’t limited to Cipralex. Selective serotonin re-uptake inhibitors, or SSRI’s, are also being used to inhibit hot flashes. SSRI’s boost serotonin levels in the brain. Serotonin is sometimes called �the happiness hormone� and is thought to influence hot flashes.

The problem with otherwise healthy women using psychiatric drugs to treat hot flashes is that it exposes them to the anti-depressive properties the drugs were designed for � even though they’re not suffering from depressive symptoms.

Over the years, there have been other attempts to find a solution to reduce hot flash symptoms. Hormone treatments initially showed promise in easing hot flashes in women. But this option fell out of favor in 2002 after the US Women’s Health Initiative Trial, during which time researchers found a link between an estrogen-progestin formulation and increased risk of stroke, heart attack and breast cancer.

So that’s it then? Do women just need to accept that hot flashes are part of nature’s overall biological plan for the female body and just deal with it?

Not quite. There is an alternative available to women looking to reduce hot flashes. Without pharmaceuticals. Without withdrawal symptoms or increased risk of breast cancer and heart attack. 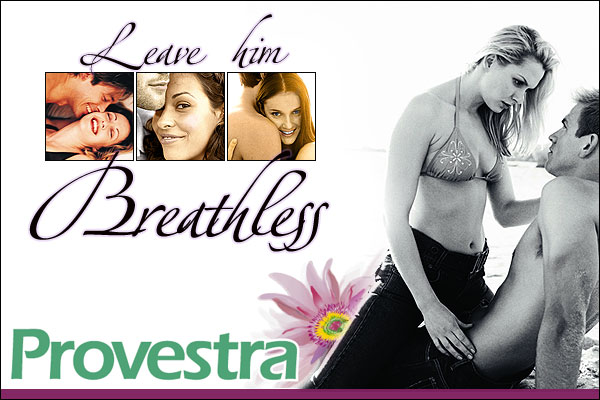 Formulated with a series of all-natural ingredients, including theobromine, ginkgo, biloba, red raspberry and ginseng, Provestra is a natural libido enhancement

therapy for women looking to put passionate sex back in their lives.

The good news for women suffering from hot flashes is that ginseng has been used since ancient times for its ability to ease symptoms of menopause. This makes Provestra a healthy and effective method for women to reduce hot flashes.

And yes, there are side effects with Provestra. They include reduced vaginal dryness, fewer mood swings, more lubrication, increased sexual desire and boosted sex drive

Provestra’s safe too, being cGMP certified and compliant. All of Provestra’s raw materials are tested for purity before production, and Provestra uses the same pharmaceutical manufacturer used by major clients, including Albertson’s, Rite Aid and Wal-Mart to manufacture life-saving drugs.

To conclude, let’s review your options to alleviate hot flashes.

a) Ask a doctor to prescribe an anti-depressant, even if you don’t require it for psychiatric reasons, and expose yourself to the risks and withdrawal symptoms associated with this scenario.

b) Experiment with hormone pills, despite the elevated risk of heart attack and breast cancer in some women.

The answer for your health questions

MerryScience for diet, health and ecology

For sensible diet, health and ecology free from destruction by chemicals

Living the Mustard Seed Life One Day at a Time

Perfect Lifestyle For Men And Women