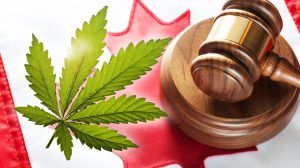 After decades of only high-THC marijuana being available, CBD-rich strains are now being grown for patients. CBD has been featured on numerous forms of media and publications showing how well it works in treating people. It is what ultimately led Mexico to pass recent legislation allowing marijuana for their patients who have severe epilepsy.

Cannabis is intended for use as a drug or medicine in various forms, including smoking, food, through an inhaler, vaporization, etc. Whether it’s for medicinal purposes or not, Cannabis users feel its effects within minutes when smoked, but longer when eaten. Included among these effects are a heightened mood, an altered change in perception and an increase in appetite. Short-term side effects may include short-term memory issues, cottonmouth, impaired motor skills and feelings of paranoia.

Cannabis is consumed in the following ways:

, a device used to heat up marijuana buds (around 390-something degrees F) to the point where the material (including the THC, Cbd/cbn, etc.) evaporates into a vapor form. Typically, the vapor is drawn in slower and held for longer than smoke, somewhere between 15-30 seconds. Its chemical compounds vaporize at a much lower, less harmful temperature.

, basically any cannabis concentrate that is taken orally. They can induce delayed, yet powerful effects much like edibles. They mostly come in capsules to be consumed with food and a drink.

Marijuana consists of the dried flower buds and leaves of the female Cannabis plant. This is the most popular form of consumption, containing 3% to 20% THC, with reports of up to 33% THC.

A solution of alcohol containing cannabinoids extracted from the cannabis plant. It is often referred to as “green dragon.” The tincture is typically made by soaking the dried flower buds in ethanol and evaporating the solvent. The THC and other cannabinoids dissolve into the alcohol.

It’s the extracted oil from the Cannabis plant by solvent extraction, formed into a hardened or viscous mass. To make the oil, you grind up the pot, flush it with the solvent, then heat it and pressurize it to release the oil. The end product can have a consistency that ranges from that of olive oil to a hard and brittle toothpaste.

Cannabis is being infused with many products these days such as teas, cooking oils, massage oils, ointments and of course various edibles. More than ever, the list of products continues to grow.

build your body through diet

The World Of Mum

Diary of a Mummy